An Interview with SHIVER director Julian Richards by Paul Worts

Invited as an Official Selection for the 20th Annual Raindance Film festival, ‘Shiver’, directed by multi film festival award winner Julian Richards, was recently screened at the Apollo Cinema in London. Featuring an award winning tour-de-force performance by horror genre favourite Danielle Harris (Halloween, Hatchet 2, Stake Land) and a cast including John Jarratt (Wolf Creek, Rogue); Casper Van Dien (Starship Troopers, Sleepy Hollow); Rae Dawn Chong (Commando, Tales from the Darkside: The Movie) and a soundtrack by ‘Re-Animator’ composer Richard Band, there were more than enough reasons for Fleapits and Picture Palaces to be there. Following the film’s screening and the director’s on stage Q&A, Paul talked exclusively to Julian. 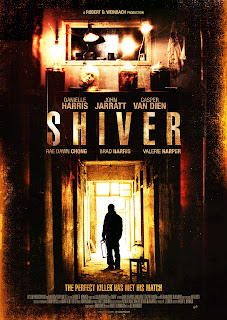 Born in Newport Wales, Julian Richards, a graduate from The National Film School, began directing professionally for BBC Wales when he was still only a first year student. Since then he’s gone on to tackle subjects as far reaching as genocide in Rwanda; a dozen episodes of TV soap Brookside; and urban paganism in Port Talbot in his 1996 debut feature, Darklands. In 2003, his serial killer shockumentary The Last Horror Movie won 14 awards, and in 2007 his coming-of-age thriller Summer Scars won two British Academy Awards. In 2008 he almost drowned Derek Jacobi on a boat on The Thames whilst directing a feature length documentary about the life of Charles Dickens – more on that later. But firstly, Shiver...

Danielle Harris gives a stunning performance as Wendy Alden, the young secretary who becomes the target for psychotic killer Franklin Rood. She’s already won two “Best Actress” awards at international film festivals.
What was it like working with Danielle? She was superb. She was probably the most focused actress that I’ve worked with.  With all the problems that I had to deal with on the shoot – the tight schedule [3 weeks]; the tight budget [$1.6m]; the rain (because in Portland Oregon it never stops raining) and in general all the problems the eccentricity of the production brought on to it – Danielle was my rock. She was able to help me see it through because she’d get it in one take. That scene where she grabs Rood at the end by the throat; I think we shot it in half an hour. It was at the end of the day and she just did it and we got it.
Have you read the original source novel?

Going back to the cast, we’ve talked about Danielle, how about Casper Van Dien?
I had a good time with Casper and I’d certainly work with him again. He’s not what I expected actually, he’s a bit of a Jim Carrey, he’s like a set clown. He’s full of energy, full of ideas and is a little dynamo. We originally had Luke Goss attached [Blade II, Hellboy II: The Golden Army], and when it didn’t work out in Canada we left the casting of Detective Delgado right to the very end and that’s when Casper came in and it just seemed the right fit.

Have the cast seen the finished film?

What were your feelings about the film having just seen it fresh?

Overall I liked it, but you could almost tell there was more than one pair of hands at work on it. There were some fairly implausible moments along the way, and some rather dodgy digital blood splat effects. But to balance that, there are some genuinely shocking and disturbing sequences and Danielle’s performance is outstanding – she sells the film for me. Now, can I get back to asking the questions again please?
Sure.

I was at the National Film Theatre for the first screening of your first feature film ‘Darklands’ back in 1996.  Obviously ‘The Wicker Man’ was a big inspiration for the film, but you’ve also been quoted as saying ‘Rosemary’s Baby’ as well...


Both. Part of my agenda with ‘Darklands’ – which actually is being released on DVD for the first time in the US on 20th November -

Even though at one point the legendary Roger Corman was interested in it I understand?

Yes, he came up to me at a festival in Korea and of course he’d handled ‘The Wicker Man’ in the US.

We’ve got him to thank for the ‘directors cut’ of the film seeing the light of day...
Yes. With Darklands I think he saw the similarity with The Wicker Man and thought: great; I can do it again! But unfortunately we couldn’t do the deal with him, which was very frustrating, and then the film was never released in the US because the sales agent went bust and the production company was sold so nobody actually knew who controlled the rights. The film would sit in a basement for 10 years – but now it’s out – and I’m going to do a UK release as well.

So what’s the next project for you? 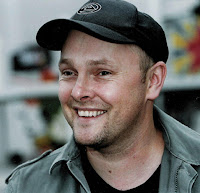 At the moment I’m focused on a project called ‘Suicide Solution’, which isn’t too far off the tone of Shiver, maybe perhaps more psychological.

A US project?
Yes, I’m exploring different means and ways of financing it. Ultimately, the decision as to where we shoot it will be based on the finance. But I’m even considering taking it to Portland again and using some of the same locations and cast.

And finally, I must just ask you about the Dickens documentary you made and in particular the scene where the narrator Derek Jacobi is trying to deliver his lines on a tug boat. It’s bouncing up and down on the River Thames in waves the like of which I’ve never seen on the river before. I thought surely the crew must’ve all have been throwing up?
I was going to put ‘Ride of the Valkyries’ over that!
You should have!
I was on the boat and I didn’t know how funny that was going to look until I saw the footage. Derek, who was actually very scared about being on the water, at the front of that boat and you almost expected him to fall in at any moment...
at October 25, 2012 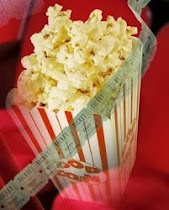 I seemed to have spent most of my formative years in the darkened auditoriums of fleapits and picture palaces. Former film reviewer for FrightFest. Letterboxd: https://letterboxd.com/Fleapits/ Twitter: @FleapitsPP